Repairing of different types of Televisions Television is one of the major sources of entertainment. From the very early time, it has important significance in everyone’s life. When your TV gets stuck in the middle of your favorite show or starts giving blur images you can feel the pain from the core of your heart. Thus the reason Repairing of Television constitutes a bigger role in the business of appliance repair.

In this article, we will explain the importance of TV in our life as well as how you can ensure good efficiency of your TV.

Following topics will be covered in this article:

Television is a part of our daily life. It’s the source of entertainment for a very long time. Though today technology also has offered us many other means of entertainment Television is irreplaceable. A dish Television allows you to watch a variety of channels ranging from news channels to fashion shows. Also, you can enjoy your movie or any TV series.

You can easily update yourself about the wide varieties of fields around the world. Nowadays, varieties of televisions are available in the market. They can vary in their sizes or the type and quality of display they can offer. For example, you can buy LED, LCD, Plasma and O-LED according to your need. In the next section, we will explain their key functions and how they differ from others.

CRT stands for Cathode Ray Tube and televisions which imply this practice are known as CRT televisions. Usage of CRT televisions dated back to the 20th century. In CRT technique for picture display, TV consists of a projector gun and a screen.

Projector gun ejects electrons which fall on the available screen. Excited electrons, when falls on the screen, it gets illuminated and form the required image. Earlier CRT was present in black & white color only. Due to the advancement of technology, colored CRT televisions also came into the market.

But due to the large size of the TV and lower picture quality, their usage depleted over time. Nowadays, LCD and LED TV are more famous. In the next section, we will discuss important features of these TVs.

LCD stands for Liquid Crystal Display. It is an advanced form of CRT. Moreover, it is much lighter and thinner than CRT. LCD televisions use liquid crystals to create images. Liquid crystals are of many types but in displays, we use Twisted Nematic liquid crystals.

Technique for LED televisions is far more similar to the LCD. The only difference they have is in their back-light system. LED stands for the Light Emitting Diode and as the name suggests, it uses light emitting diodes. These lights emitting diodes can be present either behind the screen or around its edges.

Thus, compared to that, LED televisions are more energy efficient than LCD. Through LED, we can achieve the much thinner size of televisions.

Due to such advantages, LED televisions came into action.

Plasma TV consists of completely different technology than other Televisions. It has plasma captured between two layers of screen. Plasma is a charged gas trapped between them.

When TV is charged plasma gas illuminates the pixels in the required color intensity.

Available in a variety of sizes ranging from 37 inches to 100 inches when measured diagonally.

The effective advantage of plasma TV is that it gives a wide viewing angle.

The disadvantage lies in its power consumption, as plasma TV, of the same size as that of LCD, takes more power in displaying pictures.

O-LED stands for the Organic Light Emitting Diode and consists of technology completely different from the LED. It uses the organic material like carbon to produce images on display.

It doesn’t need any back-light to create images. Instead, direct supply of electricity and the presence of carbon can efficiently achieve this task.

Due to this reason, O-LED televisions are ultra-thin and colors are far better than any TV technology.

It is expensive because of its wide variety of advantages and large size.

How to fix television at home?

If you have prior knowledge and skills in repairing TV, then fixing the existing problem at home is a good idea for you. But don’t try to repair your precious TV if you don’t have knowledge. It may lead to some other serious problem.

Today technology in televisions is so advanced that you may not know which technology has affected. So always consult and call professional TV repairer.

We have discussed technologies of all sorts of televisions existed. It’s good to know about the existing technologies surrounding us. As the entertainment has a major role in our lives so is the role of television. We must choose a good technology TV which will suit our requirement. As there are a wide variety of options available, one can choose any of them.

Purchase a power efficient TV which will also not affect your eyes too much. Watch TV at some distance so that it will not cause harm to your eyes. Best DTH Services in Mohali: Keeping in Touch with Your Favorite Channels 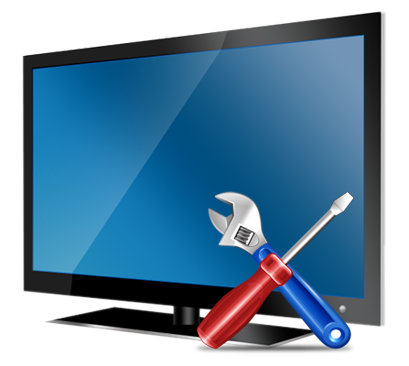 4 House Services That Require Professionals to Do Them